In late January I traveled to Ethiopia as the new harvest was finishing up. While there I cupped hundreds of coffees and traveled throughout the major growing areas of Yirgacheffe and Guji, both in the Southern Nations, Nationalities, and Peoples' Region region which also includes Sidama. The region, sometimes shortened to SNNPR. is one of ten region-states throughout the country and has a population of roughly 15 million people out of Ethiopia's 105 million. After arriving in the nation's capital Addis Ababa, we spent a couple of days cupping a hundred or so recently harvested lots at an importer's lab, several of which coffees seemed particularly noteworthy. On the third day at dawn we trekked by 4x4 vehicle south into the Yirgacheffe region, over rough and dusty roads that became the norm after the paved ones ended. People were everywhere along the way, walking alongside the road or in the many three wheeled "bajaj", the blue and white taxis, that are in abundance and which seem as if they will all collide but yet somehow do not. Add to the mix lots of farm animals crossing the road, oblivious to vehicular traffic. Ten hours later, covered in dust, and sore from being bounced around much of the day, we arrived at the first mill. As we pulled into the compound some thirty or forty member farmers and their children broke out in song and dance to greet us, a beautiful and joyous reception that lasted about a half hour. We were seated in a large tented space wrapped with chairs all along the perimeter, our importer host being honored at the center. He is the connection between this very small number of dedicated and generally poor producers and buyers in various parts of the world. 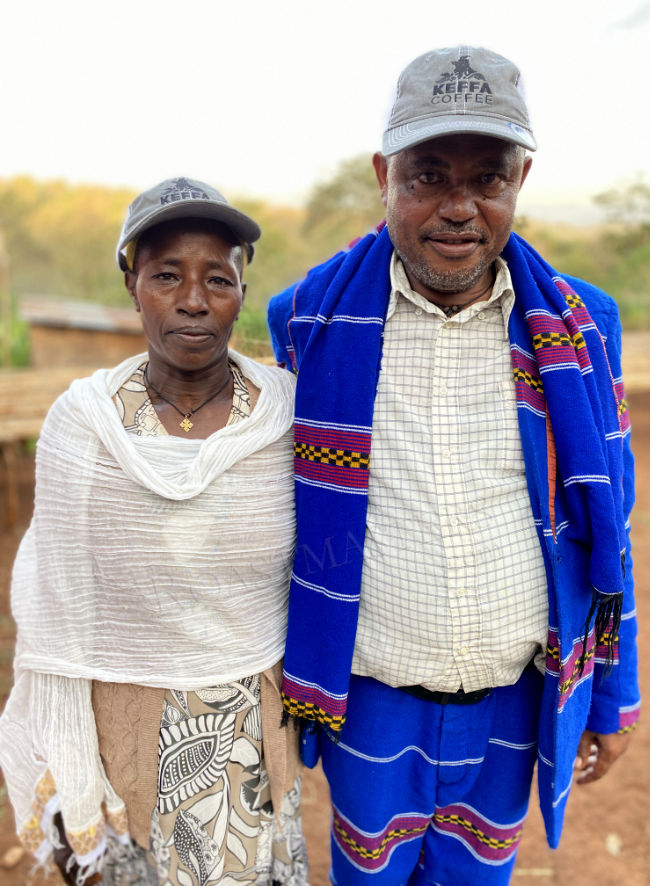 Though we did not share a common language the warmth of the community spoke for itself. And as we went around the room for introductions, each said their name as did we. One of those names we came to quickly find out, was the producer of the one our highest scoring coffees back in Addis. We also came to know that she was only one of two women producers in this whole region. Her name is Wude Mekiso and she sat quietly next to her husband Saqo Lasa. Her's was my top pick of that first group of coffees, about sixty of them. My notes were mango, banana, earthy, vanilla and an asterisk with my comment 'was very fragrant and impressed me at the start', so it was especially nice to see Wude Mekiso in person as well as some of the others. Also, so nice to see each producer able to offer coffee offered under their own names and identities, rather than being blended together. Even when superior coffees are blended together at the mill, the individual growers' identity gets lost and replaced by the name of the mill or the lot or the town. A person's hard work and attention to the quality and the detail it requires, is deserving of being identified with the coffee they produced.

In general I found the best cupping washed coffees coming from Guji and the most flavorful Natural processed coffees from Yirgacheffe. These two areas border one another. In years past Yirgacheffe had the reputation for quality coffee that was known around the world while Guji was relatively unknown. While they share a similar climate, producers in Guji were at a disadvantage, strictly based on reputation. There are quite a few accounts of coffee from Guji being taken over the border to Yirgacheffe to be sold there. But in recent years Guji has justly gained its own reputation. And while much of the Yirgacheffe coffee was, and in some cases still is, washed processed coffee, there is a great deal more Natural processing being done there and done well. Mainly there are traditional methods but some portable technology is used, often the gift of others, to measure moisture, water activity and the like, each a determinant toward quality standards. 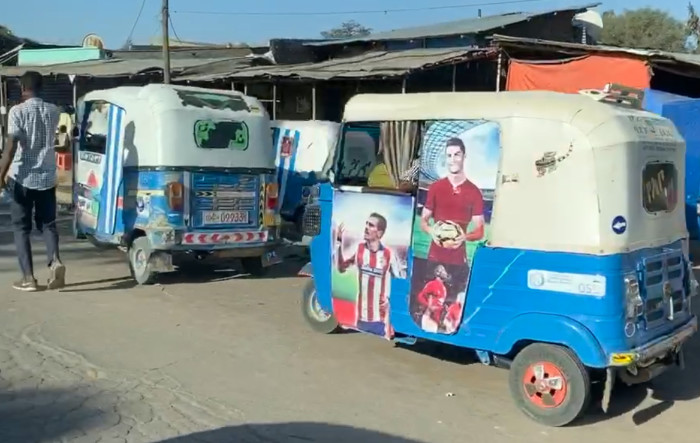 Roasting Notes: City-City+. Reminder that Naturals have more chaff. Finish about a minute past first crack and slow down development time. Pull before 2nd crack gets underway.