Arrived September 2015 and less than 100 pounds available. This new natural coffee from Panama has a quite different story than we are used to hearing. The farm is owned and managed by Gene Altieri, a native New Yorker who has lived and worked in Panama for the past 40 years. While Gene has his hands in a number of businesses, he has struck success with his two coffee farms, earning him placement in past competitions along with this years Best of Panama competition held in May 2015 at which Barry Levine, the owner of our company, was an international judge. This was one of our top picks from the competition and was perhaps the most discussed coffee. It is robust yet very nuanced. Each year for the past several the Altieri geisha coffee has continued to improve. Given the price top geishas fetch, this may be a bargain.

Gene Altieri has two farms in the Boquete region, one at a slightly lower altitude of 1350 meters above sea level and a higher elevation farm at 2000 meters where this lot of geisha coffee comes from. The varietals produced are criollo, caturra, catuai, catimor and geisha. Upon first acquiring the farm Gene followed the ordinary practices of farming but after learning more about coffee production as the years passed, he began focusing on improving existing practices along with the living conditions of the many people involved in the coffee production. He has seen considerable advancements in the quality of coffee which has not gone unnoticed and has allowed him various awards in the Best of Panama competition. This particular lot of coffee is a natural processed geisha varietal. The natural processing method means that the coffee cherry is left entact during the drying stage of production, allowing the fruit to saturate the bean and leaving the final product with an inherently sweet, fruity flavor that is particularly nicely suited to the delicate flavors of the geisha varietal.

As the coffee quality increased, as did the living conditions of the coffee farmers and various workers who are native of the region. While conditions are generally very minimal for these workers, Gene and his team have initiated a pilot porgram that has produced drastic improvements in quality of life. Each family now has their own invidiual apartments with living, kitchen, and bathroom areas - something that is very rare for this type of work. Furthermore, each family must sign an agreement with the team which prohibits any substance and family abuse. The community is self governed by their own board of directors and is held accountable for ensuring that living areas are kept clean and organized. Families attend religious services together on a weekly basis and wives of farmers who are interested attend a sewing school on the premise that teaches them how to make clothing for both their own use and for sale at fairs in the area all year long. Children attend public school and also receive private tutoring when necessary. Once per month the community has a visit from physicians who donate their time for check ups.

It's obvious that Gene and his team have a deep rooted passion not only for the quality of coffee being produced, but also for the dedicated farmers who make that success possible. It's an honor to be able to acquire this coffee knowing that the effort and hardwork that is put into growing it extends to the lives of the ones who deserve it the most. 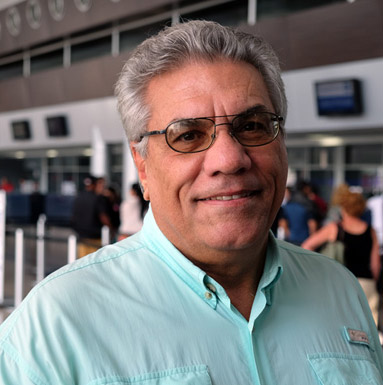 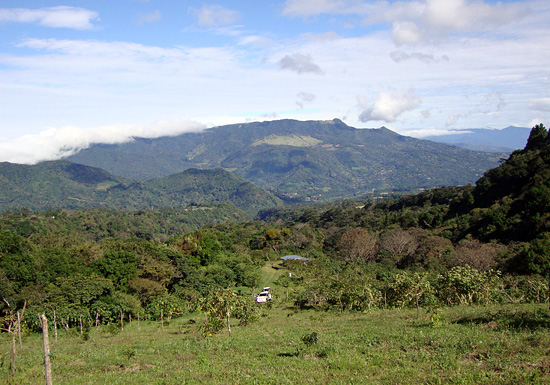 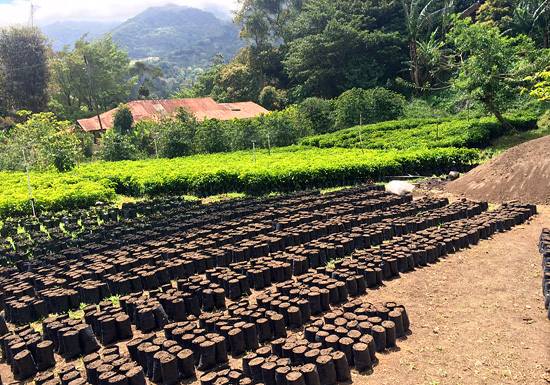 Roasting Notes: Geisha coffees need to be roasted on the light side in order to preserve their floral nature. Roast them too much and it will dissipate and much that you paid for will be lost. Let the coffee get fully past first crack, but if your roaster allows it, kick the heat down to nearly zero once first crack gets going and allow the coffee to slowly develop. You don't want to take this too close to second crack.

Arabica Introduced: Arabica was imported from Costa Rica in 1820.

Panama is a rising star in the specialty coffee world. In the Boquete in particular, farmers are taking Arabica coffee cultivation to new levels and recent auctions of small, specialty lots have garnered record, if not silly, prices. Nonetheless, some of the coffee is excellent. Gesha, a varietal that stems from Ethiopia, has been grown here with good success, yet other cultivars noted above, can produce superb results.